Sitting in a nice big woolly jumper it is great to have something nice to look forward to in the summer and the Open-Air Theatre art Regents Park is one of my favourite venues. The Season for 2019 has been announced and includes; A Midsummer Night’s Dream, Our Town and Evita. 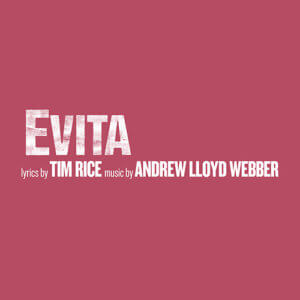 It is hard to believe that Evita is now over 40 years old. It was first performed June 1978, although it started life started before that in 1976 as a concept album with Julie Covington singing the lead role. The role of Eva Peron shot Elaine Paige to stardom.

I remember the production in the West End in 2006 which saw Elena Roger playing Eva. She was stunning. Born in Buenos Aires she gave a powerhouse of a performance. The casting for 2019 has yet to be announced, but I will be there no matter what.

If you have never been to the Open Air Theatre before it is certainly something to experience. There is nothing quite like sitting in your seats enthralled by what is on stage as the sun sets and the theatre lights come up. Wrap up warm (not matter how hot the day) and take or book a picnic.

Toast – The Other Place 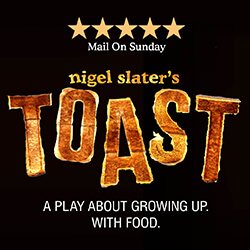 I like small intimate theatres and fringe venues, it is good to be close to the action and to feel the intensity of the performance. The Other Place in St James is a modern venue and with just over 300 seats in the main auditorium and tickets start from just £13, so this ticks the boxes for me.

Following a great run as part of the Edinburgh Fringe Festival, Toast is opening for a limited run from April – August. I remember seeing a drama by the same name on the BBC a few years back and it was good fun. The play is based on Nigel Slater’s award-winning autobiography. Vividly recreating suburban England in the 1960s, Nigel Slater’s childhood is told through the tastes and smells he grew up with. From making the perfect sherry trifle, waging war over cakes through to the playground politics of sweets and the rigid rules of restaurant dining, this is a moving and evocative tale of love, loss and…toast.

We have received a very glossy brochure in the office telling us all about the new musical Waitress which opens in February.

It is based on a 2007 independent movie and the score has been written by an American singer-songwriter Sara Bareilles. The director is Tony Award winning Diane Paulis, which she won for Pippin. The lead is played by American actress Katherine McPhee, who was runner up on American Idol some years back.

I think I will give this slice of Broadway a go.

A very pleasant and well organised event. It made a trip to Windsor races even more enjoyable. Excellent evening. Gary Pettet